Our first resident guests of the season and a full bag of beautiful big carp.
Glen and Gill are leisure anglers and they like to combine their fishing with a relaxing holiday. Frustrated with angling in the UK they no longer own any fishing kit and were here on the all-inclusive package. They fished last year and tried everything from boilie bashing for carp to fly fishing for the occasional trout that we get in the lake from the stream, if they caught a carp it was a bonus.
This year they wanted to catch carp. We collected them from the airport on Saturday afternoon and went for a tour of the lake as soon as we returned to the Moulin. The weather has been great and the lake was alive, they decided to fish swim number 2 “The Meadow”, a nice shallow swim and they could see big carp cruising around. But that was enough excitement for the day and they settled for a good meal, a nice bottle of wine, and a good chin-wag to catch up on the events of the last year. 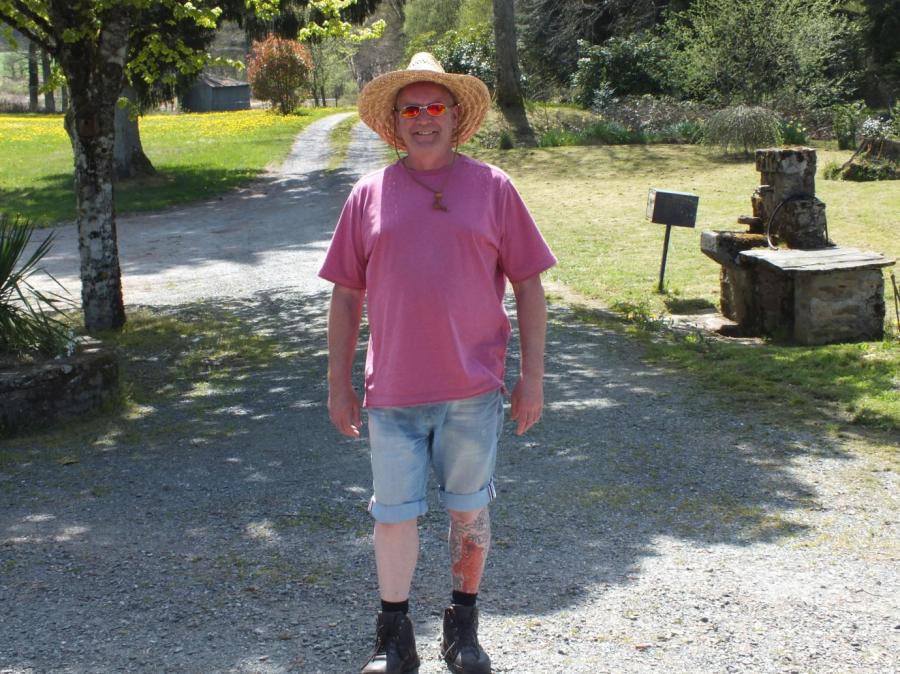 As you can see Glen takes a relaxed view of life and he wanted to start Sunday with a teach-in. I spent the morning showing them how to tie rigs and generally explaining the kit and how to use it. I got them settled into The Meadow and then in typical fashion it was time for lunch. They eventually started fishing Sunday afternoon, but what a start, 4 hours fishing and 3 fish, a couple of nice mirrors at 22lb and 25lb, and then this stunner 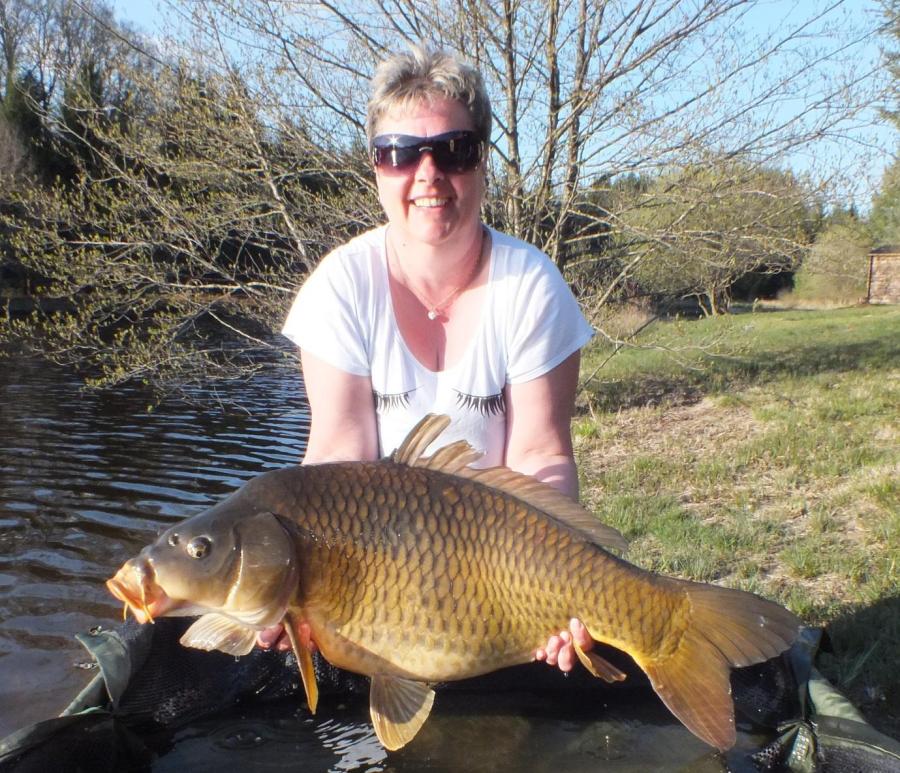 The fish isn’t bad either at 34lb 8oz.
They had a 6 hour session on Monday, they went sight-seeing on Tuesday, shopping on Wednesday, 4 hours fishing on Thursday and a full 8 hour session on Friday. A total of 22hours fishing for 18 fish. That is 1 fish every hour and a quarter. In fact for beginners they were doing so well that I think they had help from the heavens. Is that a halo? 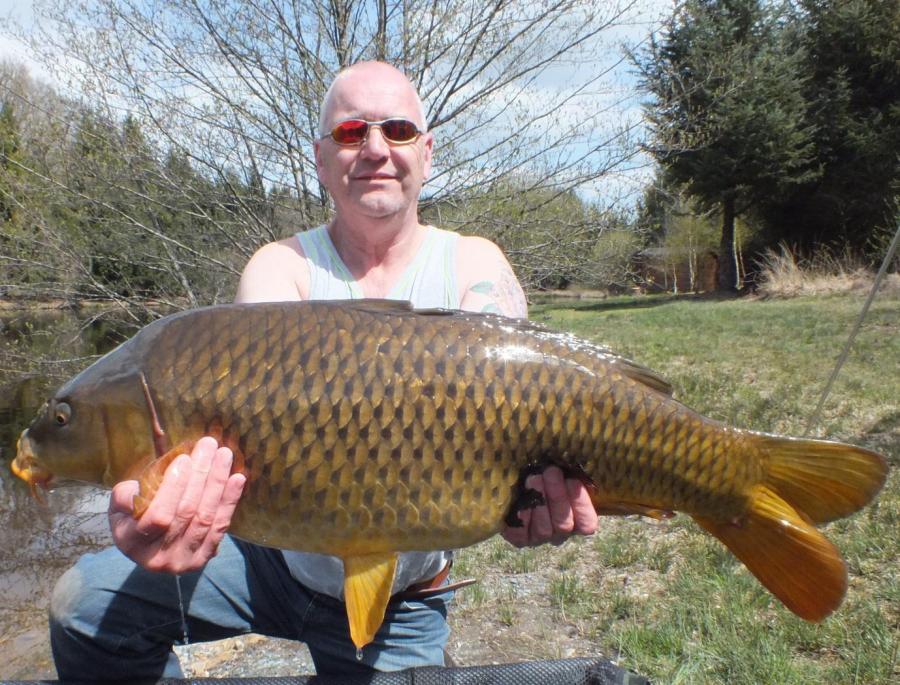 Now this is the really good part because our first resident guests are the first to catch one of the larger fish from the new stock we introduced over the winter. Any fish over 35lb will be given a name from their captor.
Glen put some serious thought to the problem of naming a big carp and he decided that fish number 3589977 is now officially called Odin. Odin is the Sky God in Norse Mythology, he is their first God and everything about him means power and strength, a very appropriate name.
Saturday morning was a full fried breakfast and back to the airport but they are already planning to come back next year, by which time Odin should be pushing 40lb.